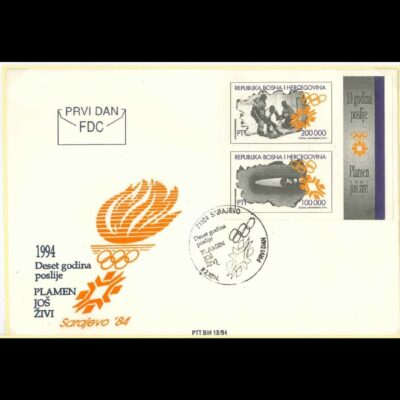 Olympic solidarity
Back to products
Next product 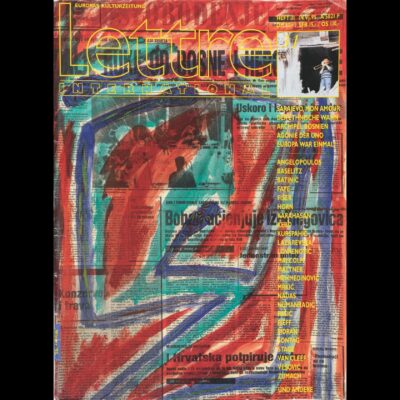 “A fairy tale about Sarajevo”

During the siege of Sarajevo, Goran Simic wrote the theatre play “Bajka o Sarajevu” (Fairy tale about Sarajevo). In the play, Sarajevo is divided by a river, there are two castle lords who quarrel and two brothers who want to build a bridge, which a black fairy tries to prevent by all means, but with the help of a white fairy they succeed and the castle lords also reconcile. Goran Simic said that “Fairy Tale about Sarajevo is my response to the violent change in the city and my contribution to the reconstruction of the destroyed bridges.”

The play was performed for the first time in May 1994 at the Youth Theatre in Sarajevo. In the same month, Nermin Tulic, the director of the Youth Theatre, wrote a letter to all sections of the International Association of Theatre for Children and Young People (ASSISTEJ) asking for help for his theatre. The Swiss and German sections of ASSISTEJ then invited the Sarajevo Youth Theatre to a guest tour. After many futile attempts, it was finally possible to establish direct contact through the journalist Marusa Krese and to obtain exit permits for the 18 members. In spring 1995, “Fairy Tale about Sarajevo” was performed in more than 15 cities in Germany and Switzerland. In all these cities, the members of the Youth Theatre also talked about their life in Sarajevo and the everyday hardships and dangers, but also about how important theatre is, especially in a war situation: when the children of Sarajevo watched the fairytale, they could be happy for a moment and forget the war.

After the tour ended in mid-May 1995, the members of the theatre did not know for two weeks whether they could return to Sarajevo, because the shelling had intensified again and the airport was closed. But on 29 May they managed to return to Sarajevo and to their families. In Germany, Hans Peter Röntgen published the German translation of “Fairy Tale about Sarajevo”, because “Sarajevo is just around the corner” and because “we have to build bridges in Germany, too. There are enough people here too who want to prevent that, enough politicians who would like to cook their own power soup on the fire of nationalism.”