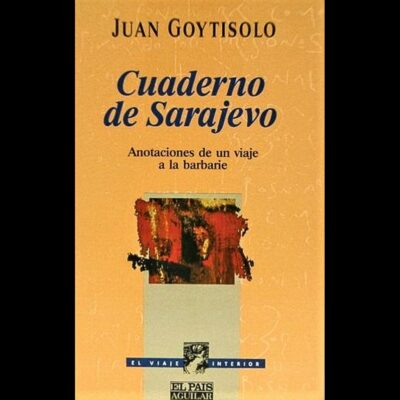 Juan Goytisolo “Sarajevo notebook”
Back to products
Next product 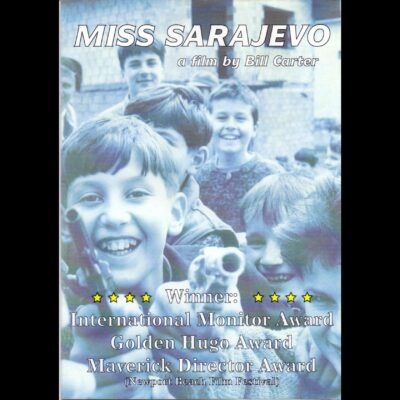 Documentary films about the war and the situation in Bosnia and Herzegovina were used as a tool of information and mobilisation against indifference. One example was “Bosna!” by the French intellectual Bernard-Henri Lévy.

Lévy went to Sarajevo for the first time in summer 1992, and became one of the most prominent voices in France demanding a change of attitude of the international community towards BiH, through articles, interviews and tv-appearances. In 1993, he decided to make a documentary which he wanted to be a “combat movie” in order to support the military, political and spiritual defenders of Sarajevo and BiH. Lévy filmed in winter 1993/4 inside of besieged Sarajevo and followed the defenders of the city up to the front lines. “The idea of the film is to pay due homage to the Bosnian people. And to do so by showing to the Europeans, and to the French, that these men are not one tribe against another, nor a vague Balkan tribe victim of an ageless vendetta, but that they are the worthy heirs of the French resistance fighters against nazism during World War Two”, Lévy noted in his diary. “Bosna!”, which also showed the brutality of the siege, premiered in May 1994 at the Cannes Film Festival. The film attracted a lot of media attention, in part because it accused French President Francois Mitterrand of being a liar and a hypocrite in his attitude towards BiH.

Some in France criticized the movie to be too one-sided, but Lévy replied that there was no place for distance, only for indignation in the face of the violence against BiH and Western attitudes towards it. “Bosna!” was warmly welcomed by Zlatko Dizdarevic in “Oslobodjenje”, and was also shown in other European countries, for example Germany and Sweden, where solidarity groups organized specific events around the movie.

For other examples of documentary films made during the war see “Miss Sarajevo” and “A street under siege”. 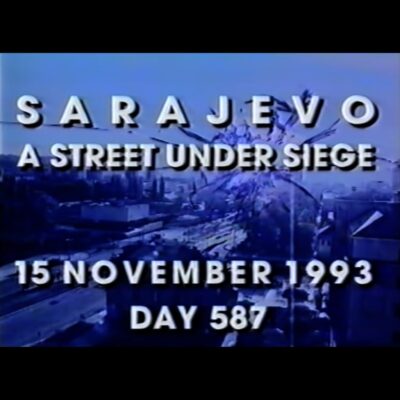 “A street under siege”