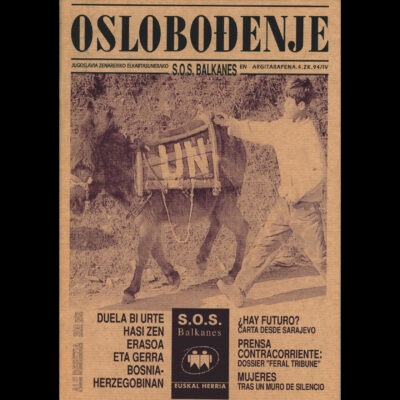 SOS Balkanes
Back to products
Next product 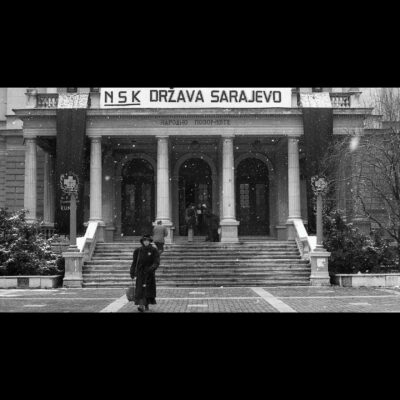 “Community Music Sarajevo” (CoMuSa) was a project launched by The Serious Road Trip in 1995, run by British music producer Simon Glinn and musician Bennett Hogg, with supporters including Nigel Osborne, Bruce Dickinson and Turbosound. CoMuSa used music for psychosocial work with young people, and also worked with Bosnian musicians, providing production services for recording, gigs and festivals. In the first photo, Simon Glinn (on the right) is testing the backline on stage in Sloga before the second “Rock under siege” festival in 1996. The other photo shows Dave Bruml, Turbosound’s marketing director, at the CoMuSa apartment. On the wall are posters from gigs put on with the support of CoMuSa at KUK student club  in the Faculty of Medicine and at Sloga. Shortly after the war, CoMuSa also supported the creation of the Sarajevo International Jazz Festival.

More than 25 years later, Simon Glinn remembers: “There was a phenomenal number of high energy, post-punk bands emerging from sklonište (underground shelters), and a determination for music events as a strangely beautiful mix of escapism, self-expression, and defiance of those who sought to obliterate culture: upholding music as a human right and a civilised value in the face of the very ugliest fascism. Making music amidst horror immensely magnified – by juxtaposition and in the immediacy – the joy, euphoria, and relative sense of wellbeing that music brings, whether that was working in psychiatric institutions, special schools, with young people in workshops, or producing concerts. Today, seeing so many of the young people with whom we worked having become well-known or established musicians, artists, producers and activists, and in many cases retaining and developing those values and continuing to support the most vulnerable young people in Bosnian society today through their work makes me proud of them and how they have lived their lives since, and not wholly unsatisfied with the effectiveness of what we set out to achieve.” 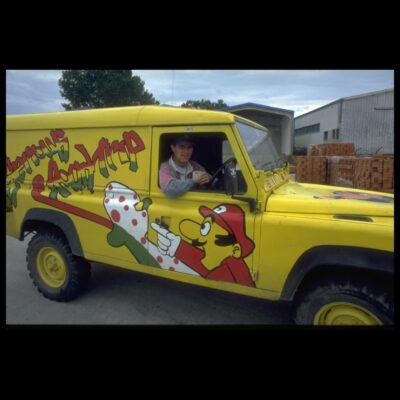