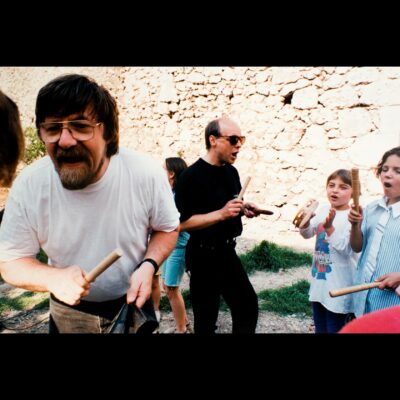 War Child
Back to products
Next product 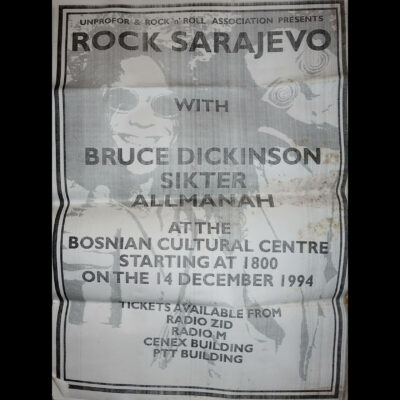 The National Library of Sarajevo, a splendid construction from Austria-Hungarian time which accommodated 2 million books and valuable documents, had been destroyed with inflammatory bombs in August 1992. The ruins of the building became fastly a symbol of the besiegers’ will not only to terrorize the city and its inhabitants but also to destroy its cultural heritage.

Against this background, several cultural activities were organized within the ruins of the National Library during the siege, in order to highlight the destruction but also the will to put culture against barbarism and to continue with cultural life against all odds. The most important event was Mozart’s Requiem, which was performed on June 19, 1994 in the ruins of the building by the Sarajevo Cathedral Choir and Sarajevo Philharmonic, conducted by Zubin Mehta, who was at that time chief conductor of an opera festival in Florence. Opera singers Cecilia Gasdia, Ildiko Komlosi, José Carreras and Ruggero Raimondi also participated as soloists. This concert was one of several humanitarian classical music concerts organized by the Italian producer Mario Dradi, in order to collect donations for refugee aid. Only 50 persons could attend the event within the building, but it was broadcasted live on TV in Italy and other countries. Photos and videos of the event were largely disseminated so that the concert quickly became a symbol of Sarajevo’s cultural resistance and the international support for it.

Video about the Requiem performed in the destroyed National Library