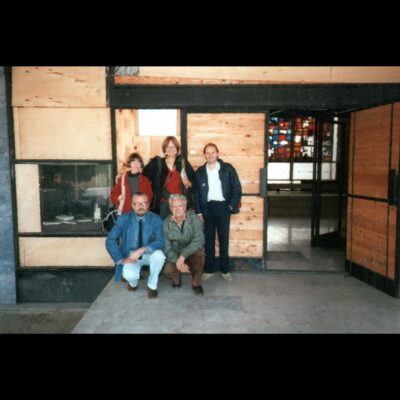 “Bosnia-Herzegovina Heritage Rescue”
Back to products
Next product 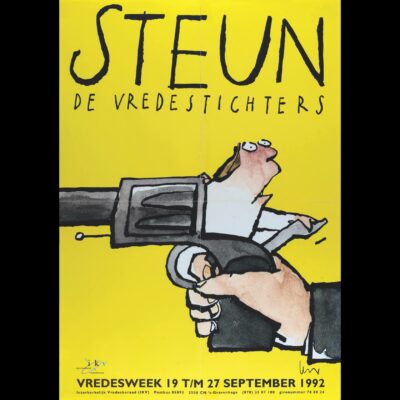 The “Paris-Sarajevo” bookshop-gallery opened in the centre of Sarajevo in September 1994 as an exhibition space for books and photos. The initiative was launched by Francis Bueb; as editor and person in charge of cultural encounters at the FNAC, he had, with other colleagues from France, been involved in various activities of support and solidarity with intellectuals and artists from BiH.

During the opening of the gallery, which took place in presence of Zlatko Dizdarević, Abdulah Sidran and others, Francis Bueb declared: “I represent here perhaps tens or hundreds of thousands of friends you know or perhaps don’t know and perhaps will never know. This is not a bookshop, this is an exhibition of books, magazines, we have world-renowned periodical press here, as well as newspapers, photographs, … There is also an exhibition in the window, which is also very close to my heart, here at 29 Tito Marsala Street, in the heart of Sarajevo, the capital of pain, I quote the poet, but Sarajevo is also the capital of resistance, the symbol of solidarity. (…) We know what you are fighting for. We know that these are the values of Europe, that you are fighting for and defending the values of Europe. ”

The gallery closed after several months, but Bueb continued his work. With the support of numerous cultural and intellectual actors from France, he opened the Centre André Malraux (CAM) to be a cultural bridge between France and BiH in July 1995. The Centre continued to operate after the war, with French language classes, high-profile cultural encounters, translation of books, and other activities. During the 15th anniversary of the CAM, in 2010, Srđan Dizdarević recalled the war time: “Many brought us food, Francis Bueb was one of the rare to bring us books.” The Centre ceased its activities in 2014, when it merged with the French Institute of Bosnia and Herzegovina.