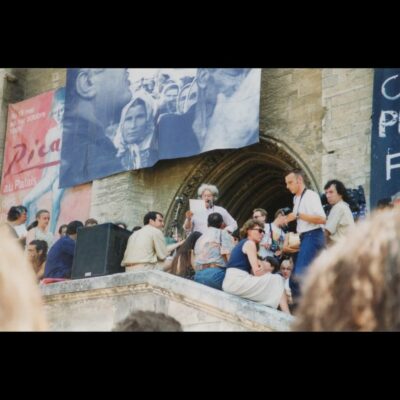 Avignon Declaration and hunger strike
Back to products
Next product 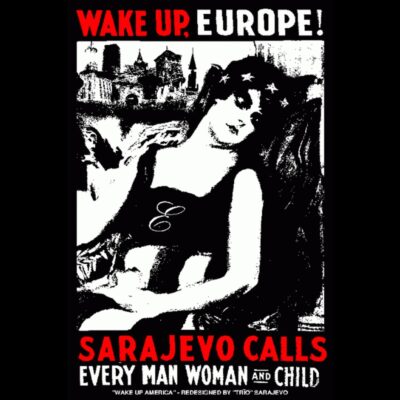 What is today known as “Ars Aevi” was launched and developed during the war as the “Sarajevo 2000” cultural project. It aimed to establish a Museum of Contemporary Art in Sarajevo through donations of works of art by world-renowned artists and active involvement by international museums.

The idea was developed by Enver Hadžiomerspahić in Sarajevo some months after the beginning of the siege. Subsequently, it was endorsed by the city authorities and the government of Bosnia and Herzegovina, and then was officially presented to the world at the Venice Biennale in October 1993. In the following years, various galleries, museums and artists agreed to support the project as a demonstration of solidarity with Sarajevo. Particular commitment came from Italy, where part of the “Sarajevo 2000” team, Anur Hadžiomerspahić and Jasminka Đumrukčić, were located. Key contributions came from the “Centro Arte Contemporanea Spazio Umane” in Milan, the city of Prato and the Centro per l’Arte contemporanea Luigi Pecci, and the town of Venice (which officially signed a twinning agreement with Sarajevo in May 1994). The donations started in 1994/5 and continued in the post-war years. Museums in Ljubljana, Istanbul and Vienna also cooperated with the “Sarajevo 2000” project, by organizing exhibitions with art works donated by international artists for Sarajevo. In 1999, all the donated and collected arts works were then transferred to Sarajevo, where a big exhibition took place in Skenderija.

After the war, the project’s name was changed to “Ars Aevi”, a partial anagram of “Sarajevo” that means “art of the epoch” in Latin. The Italian architect Renzo Piano designed the plans for the museum. Construction of the Museum building, however, has yet to take place. In the meantime, the collection is housed at Vijećnica. Since 1994, around 150 works of art have been donated by international and Bosnian artists including Michelangelo Pistoletto, Joseph Kosuth, Joseph Beuys, Marina Abramović, Bizhan Bassiri, Anish Kapoor, Maja Bajević, Jusuf Hadžifejzović and Jannis Kounellis. Ars Aevi is considered to be one of the most important contemporary art collections in the region.