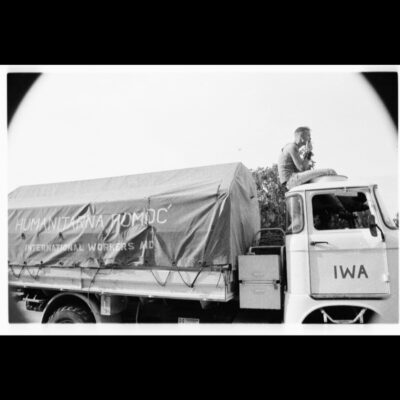 International Workers Aid
Back to products
Next product 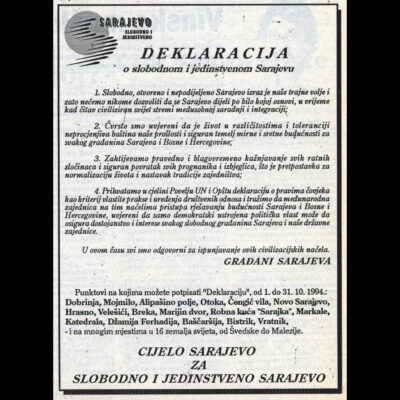 The European Community’s tradition of annually designating one city as a “Cultural Capital of Europe” began in 1985. Antwerp was chosen for 1993, and Lisbon for 1994. In July 1993,  Ibrahim Spahić, director of the Sarajevo Winter Festival, and a group of French artists coordinated by Bernard Faivre d’Arcier, director of the Avignon Festival, launched an initiative to proclaim Sarajevo the “Cultural Capital of Europe” for the winter period 1993/1994, between Antwerp and Lisbon.

The idea was supported by the mayors of Sarajevo, Antwerp and Lisbon, and by many artists, intellectuals, cultural directors and citizens from different countries. The aim was to affirm the besieged city’s European orientation and vocation, particularly its desire for openness, tolerance and harmonious coexistence among its different communities, and to “draw attention not to a disaster, but to a miracle: namely that in Sarajevo, despite the war, a cultural and academic life continues, that plays, films, concerts and performances are still held there” (Pascal Bruckner in Le Monde, November 11, 1993).

The Ministers of Culture of the 12 European Union members rejected the proposal in November 1993. Despite and against this decision, the initiative’s promoters continued with their mobilisation, proclaiming that de facto “Sarajevo is the Cultural Capital of Europe”. Concretely, various international artists went to Sarajevo in order to participate in the Sarajevo Winter Festival between December 1993 and March 1994, while parallel cultural events were organized in other cities in Europe.