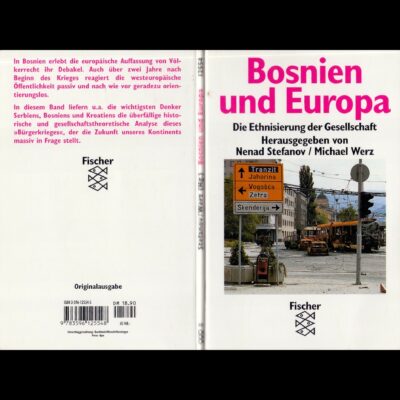 “Bosnien-Hilfe”
Back to products
Next product 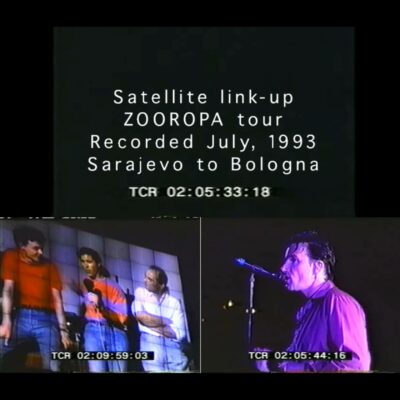 While various international artists came to Sarajevo, artists from BiH were also invited to perform in other European countries, if it was possible for them to leave the country. One example is the “Sarajevo Festival Ensemble”, directed by Haris Pašović, which was invited to Paris by Peter Brook in Autumn 1994 and also performed in Berlin and in Amsterdam. The two theatre pieces they played were “In the country of last things”, based on a novel by Paul Auster, about the daily struggle for humanity in a time of terror and disaster, and “Silk Drums”, based on traditional Japanese Noh plays, about the need for beauty in an atmosphere of horror.

When the group played at the De Balie Theater in Amsterdam, Chris Keulemans wrote:  “They are leaving the city for the first time since the war began in April 1992. The experience is still under their skins. They play almost mute. And yet, in the distance, you can hear something coming: a new form of life, which must begin in the ruins.”

Other examples of international theater performances include “Sklonište” (Shelter), the first play created and performed in the Sarajevski ratni teatar- Sarajevo War Theater (SARTR), which went on an European tour in February/March 1995, with presentations in Croatia, Slovenia, Switzerland, Germany, Spain and Italy, as well as “Fairy tale about Sarajevo” from the Sarajevo Youth Theater in Germany and Switzerland in Spring 1995. 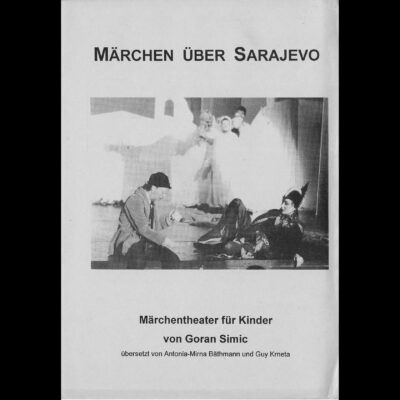 “A fairy tale about Sarajevo”